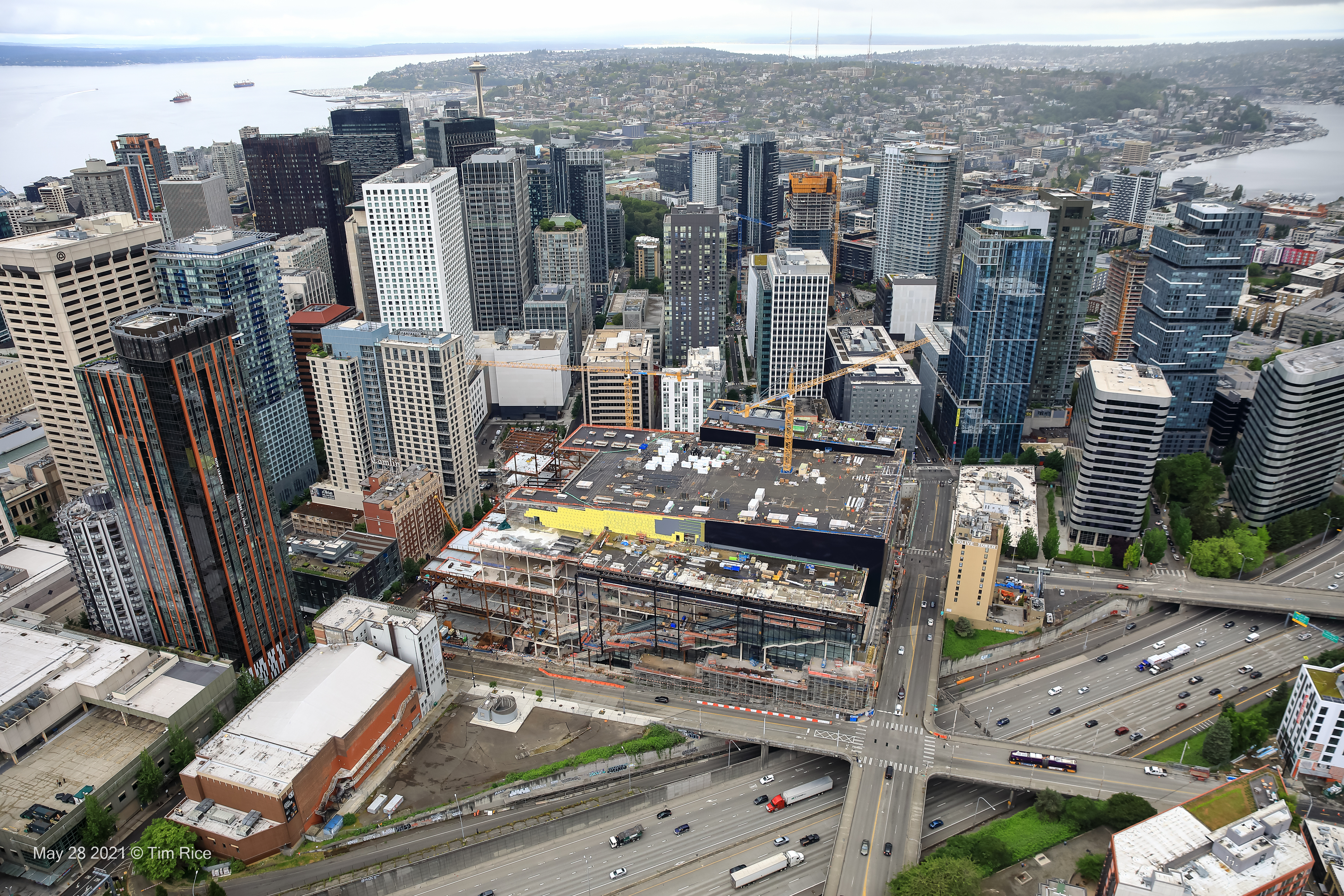 After a challenging climb to the top – the American Bridge Team at the Washington State Convention Center Addition celebrates a major milestone.

On Friday, June 11, a steel beam painted red, white, and blue, adorned with an evergreen tree and American flag was hoisted 195 feet into the clear, blue Seattle sky. This signaled the “topping out” of the Summit, a dramatic addition to the Washington State Convention Center. This long-standing tradition, commemorates the placement of the final piece of structural steel. The Summit building is the new 1.5 million square foot addition to the Washington State Convention Center and is targeted for a summer 2022 completion.

The construction of the Summit has been distinctive in many ways, including being built from east to west rather than bottom to top. This technique is known as billboarding, which allows multiple zones of construction to occur concurrently. The Summit is phased in five independent zones allowing trade work to start sooner than a conventional bottom up phasing. The advantage of the zone approach is that it compresses the schedule and allows the building to be enclosed earlier than otherwise possible, which is critical to completing the interior finishes.

Since breaking ground in 2018, crews have faced unique circumstances including adjusting to the new COVID-19 protocols. However, the AB team successfully navigated them through careful planning and safety measures, and has erected over 22,000 tons of structural steel to date. Project Manager James Thornton, recalls some of the innovative team accomplishments by AB’s in-house engineering and on-site crews.

More about the Summit

The new addition is located in downtown Seattle just one block northeast of the existing Washington State Convention Center. The Summit will consist of 15 levels adding approximately 248,450 square feet of total exhibit space, 59 meeting rooms, and a 58,000 square foot ballroom. The design of the building allows for natural light with major spaces connected vertically by two large atriums. In addition, the glass-enclosed stairs provide west-facing views of Pike Place Market and Puget Sound and the open-air terraces offer views of downtown Seattle.