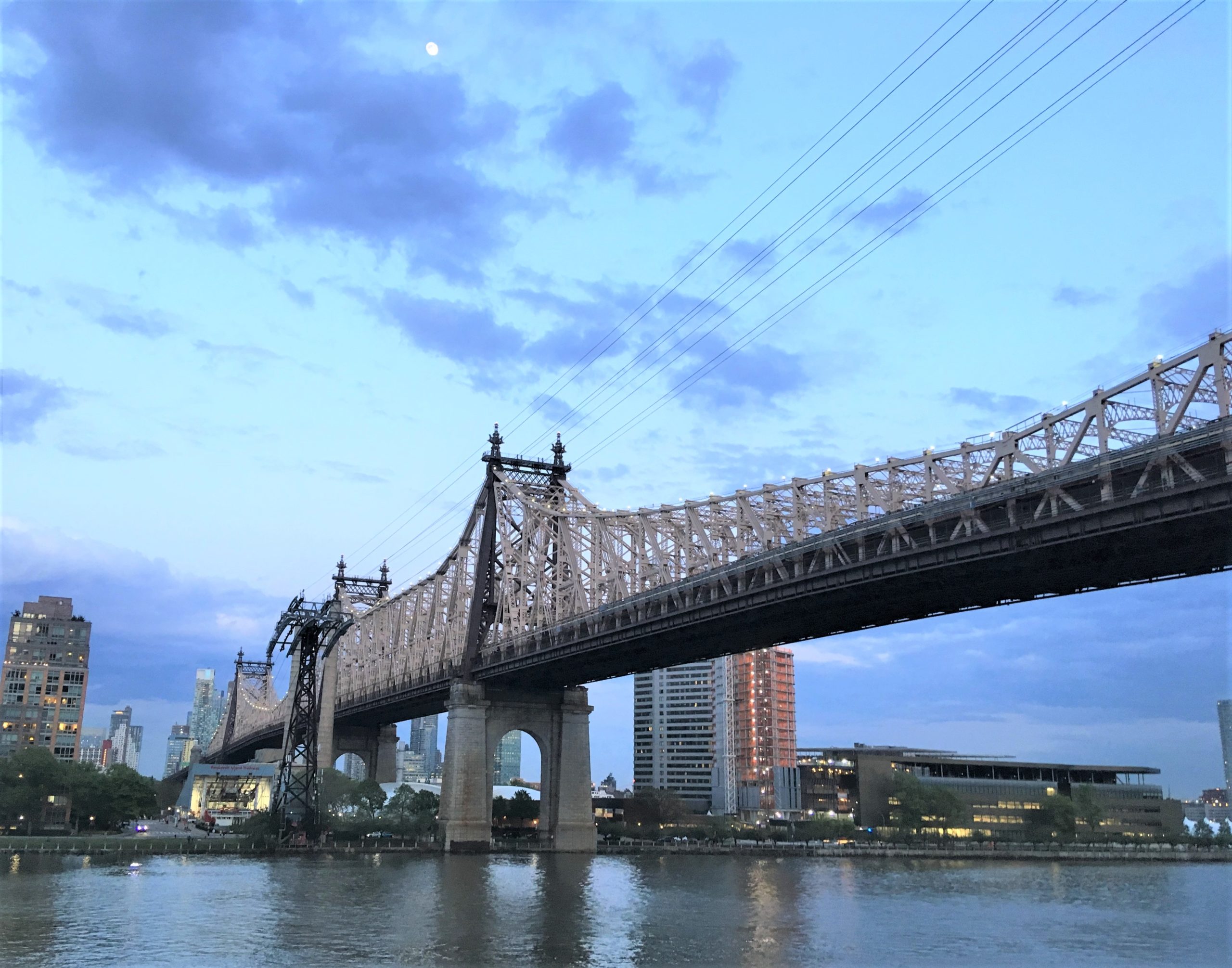 The Ed Koch Queensboro Bridge carries the largest number of vehicles over the East River in New York City with average weekday traffic of 180,000 vehicles and more than 37,500 cyclists and pedestrians. The bridge opened to traffic in 1909 and has both a lower and upper level, with the upper roadways having four traffic lanes to accommodate both passenger cars and buses (at rush hour). The upper roadways of the bridge were replaced with a concrete-filled grid deck in 1982 which has since reached the end of its service life due to heavy New York City traffic and climatic conditions.

The new steel orthotropic deck is being fabricated in Pennsylvania and will be trucked to the job site as 396 individual deck panels to be connected to the existing steel superstructure. The new panels will be splice bolted and field welded in place to create a new, lighter, more durable deck system, extending the service life of the bridge by more than 75 years. AB will soon be installing the panels utilizing two, custom designed overhead crane gantries and automatic welding machines to field weld nearly three miles of deck joint splices.

Projects of this size, scope, and reputation pose a myriad of challenges, including the logistical demands of managing traffic and workflow in the heart of New York City, as well as the engineering solutions required using modern equipment to retrofit a historic structure. The project team works closely with the New York Department of Transportation regarding street closure notifications and has employed the services of local permitting specialists that run daily traffic simulations, ensuring oversized truck loads can safely navigate the tight city streets. The project team, with the assistance of AB’s in-house engineering department, has combed through thousands of as-built records to recreate the bridge loading models and analyze the unique member demands imposed by cranes, trucks, and gantries.

In addition to analyzing the existing members for adequate structural capacity, it was essential that a detailed as-built be developed by locating the precise locations of existing members and rivets as the new orthotropic deck connections rely on the existing bridge superstructure to connect to. In order to achieve this, AB employed a surveyor to perform a 3D scan of the existing bridge and used cutting edge technology to process millions of raw survey data points into a usable format to incorporate the as-built dimensions into the new steel shop drawings.  AB’s methodical planning and engineering expertise is used to expeditiously complete all field operations and limit the public impacts to the hundreds of thousands of New Yorkers that cross the bridge every day.