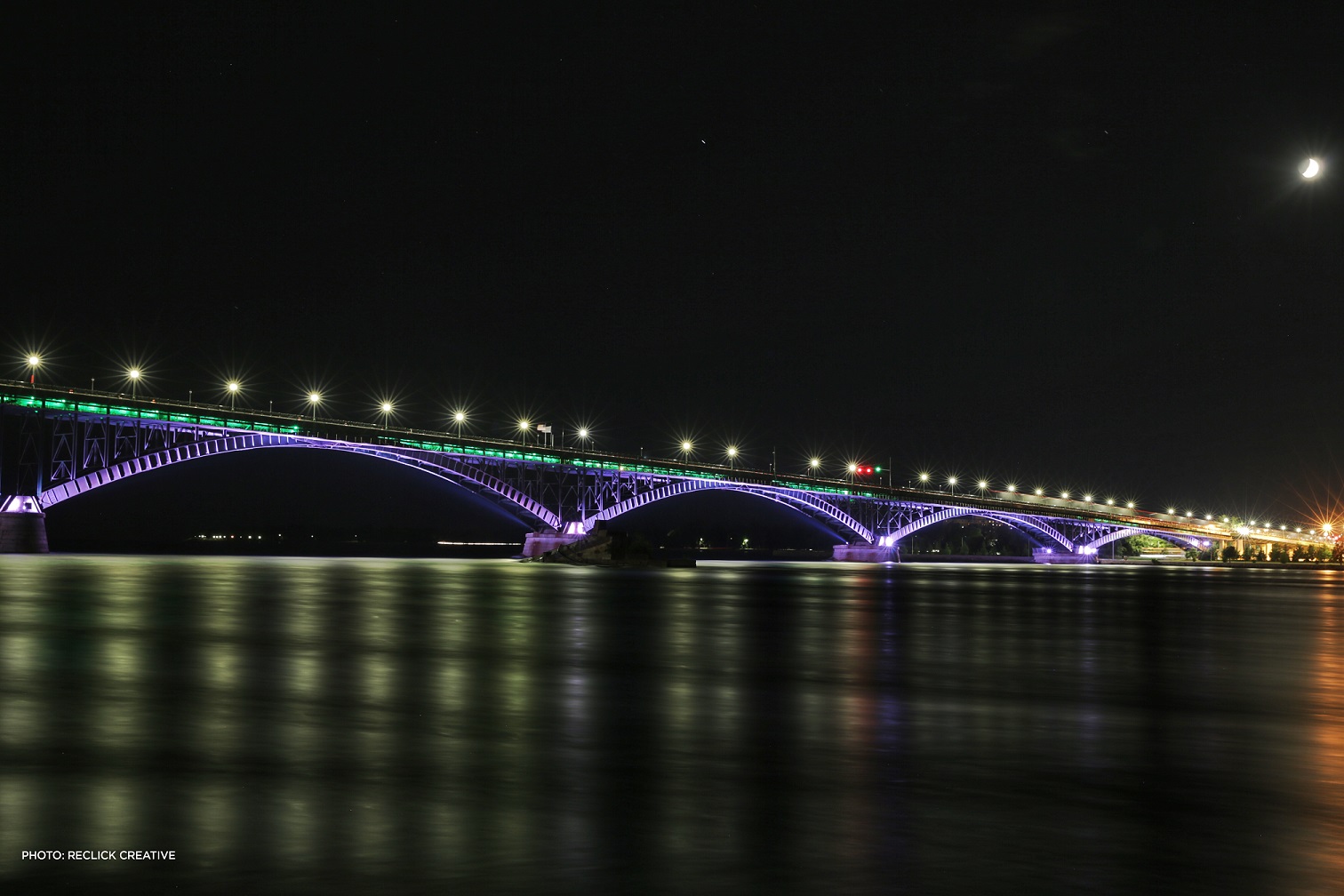 American Bridge Company was selected in 2016 to complete the rehabilitation of the Peace Bridge in Fort Erie, Ontario. This cross-border span connects near the city of Buffalo, New York, and is a busy link between the two countries. According to the Buffalo and Fort Erie Public Bridge Authority, nearly $40 billion in trade crosses here every year. The bridge is a 3,580-foot combination steel arch and through truss bridge over Niagara River and Black Rock Canal.

The work involved the replacement of the structural slab and widening of the structure, including the addition of a pedestrian walkway/bikeway and observation platform. Also included in AB’s scope was the structural steel replacement, rehabilitation and strengthening, and the installation of electrical and fiber infrastructure as well as new architectural traffic control gantries, railings, and light posts. AB’s extensive experience with deck replacement and complex bridges, as well as binational bridge projects, were just two of the many reasons PBA selected AB to carry out this contract.