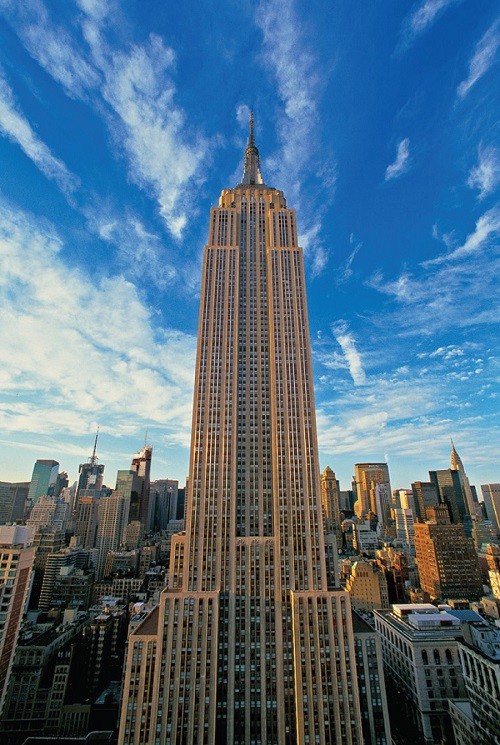 American Bridge was involved in the fabrication and erection of the Empire State Building. Attracting more than 2 million visitors a year, this 1,250 foot tall, 102 story office building has public observation platforms on the 86th and 102nd floors. The Empire State Building was erected in only 20 weeks and was the tallest in the world when it was completed in 1931. The erection of the structure was completed by Post and McCord, a division of American Bridge Company while half of the fabrication was sublet. The 54,000 tons of structural steel was fabricated at the Ambridge, Pennsylvania plant, 16 miles from Pittsburgh.

In 1955, the American Society of Civil Engineers selected the Empire State Building as one of the seven greatest engineering achievements in American’s history. The true archetype of the American sky scraper is most often recognized at night for its illuminating summit.