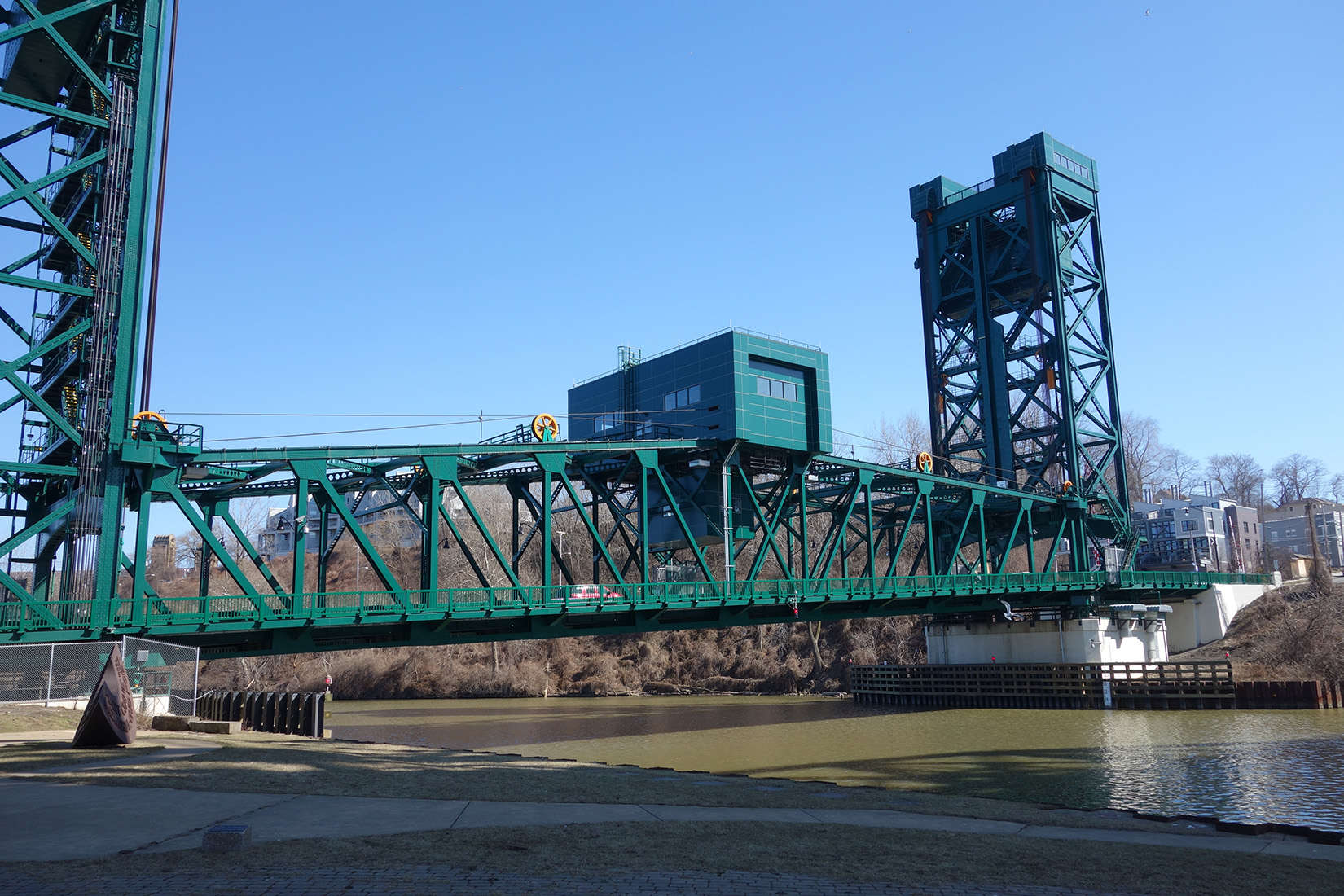 Crossing the Cuyahoga River in Cleveland, Ohio, the Columbus Road Lift Bridge required a critical upgrade to continue daily operations. American Bridge was selected for the project, which included replacement of the 250 foot mainspan, a new operator and machinery house, and new tower houses. Work also included the rehabilitation of the tender houses, rehabilitation and plumbing of the existing towers, installation of new machinery, replacement of the north and south approaches, and installation of a new fender system.

Because the Cuyahoga River is narrow and heavily trafficked by freight barges, it was impossible for American Bridge to assemble the new truss on the water. However, American Bridge was able to overcome this obstacle by erecting the main span of the bridge on land, upriver from the existing bridge. Consisting of 1,000 tons of structural steel, the main span was erected, rolled onto a barge, and floated down the river to the construction site.

All machinery was installed and fully operational at the time of the float-in. Leading up to the 72-hour river closure granted by the US Coast Guard, American Bridge worked to prepare the existing truss for float-out and subsequent demolition. With the old bridge removed from service, the towers were re-plumbed using a complex synchronous jacking system. These jacks were placed under custom fabricated jacking beams, which were mounted to the existing towers.